Jay-Z Features Sarkodie On Upcoming Album Dubbed “The Ascension”. Shawn Corey Carter, known professionally as Jay-Z, is an American rapper, songwriter, record executive, businessman, and record producer. He is widely regarded as one of the most influential hip-hop artists in history, and often cited as one of the greatest rappers of all time.

Jay-Z is popularly known for releasing classics and guess what, he has been on top of the rap game for over 2 decades. The Ascension album happens to be an African-themed album.

The album is expected to focus on Africa. From the tracklist, you can tell for a fact that Jay-Z decided to bring all the strong rappers across Africa on his album. The album features the likes of Sarkodie, Olamide, Femi Kuti, just to mention a few. 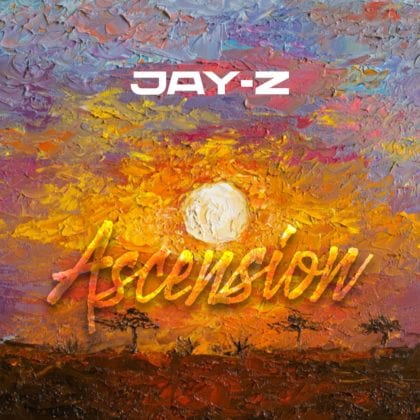 Jay-Z unveiled the tracklist for his latest studio project, “The Ascension” and this sent fans into a frenzy. From the details on the Tracklist cover , it looks like the veteran rapper decided to call upon the current front linemen in the rap scene in Africa. The album features African stars like Olamide, Sarkodie, Femi Kuti, and Nasty C. Other featured acts on the album are Beyoncé, Rick Ross, H.E.R, and the duo of Lighthouse family.

Jay-Z, in a statement released via Roc Nation, said:

“I’ve always wanted to get in touch with my roots and connect to the motherland. You know, Africa is blessed with so much talent and I felt like it was time to tap into that resource. The Ascension is not just talking or focusing on Africa but it’s also about me giving back to the people, familiarizing with the culture and connecting more with the motherland.” 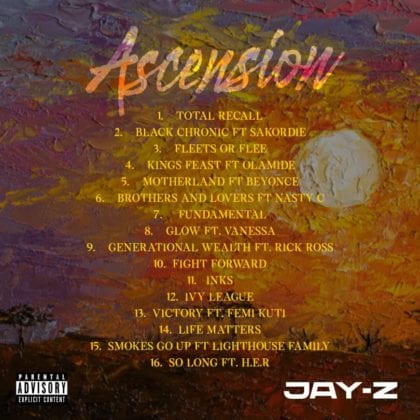